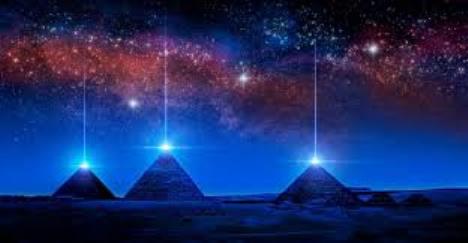 The Sun gates opening via Sirius to the 7th Central Sun of Illumination.

In ancient times when the outer crust of the earth was formed, there were certain energy portals implanted upon earth, which connect directly to the original 12 Master galaxies .

The energy portals, acted as gateways, or if you like satellite stations, which were tuned into Sirius as Sirius holds the Head Quarters of the Intergalactic Counsel and via this Counsel, the Universal ones.

The portals were carefully hidden and were monitored day and night, and these acted as direct instruments, which were intricately linked to our solar system, and the Milky Way Galaxies.  One could describe them as a many tiered and multi-functional and operating in the 12th dimensional state.  After the Fall of Elysium during the Wars of Heavens, when so many of the original Master Galaxies were blown into oblivion and never could be repaired, the earthly portals were toned done to encapsulate the 7th dimensional state. 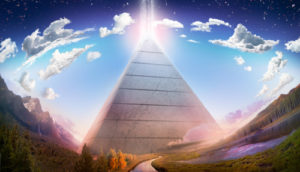 During the Lion Kingdom, which rose on the ruins of the Elysium, the first, these portals were retuned and reactivated, and specifically through 7 major centers around the world.

In  November 2018, the most powerful of the portals was reopened, via the African continent, and specifically the Giza pyramids, and realigned to the 7th Central Sun(see pics below:  Cristiana Eltrayan at 11:11:2019 portal activation – Giza). 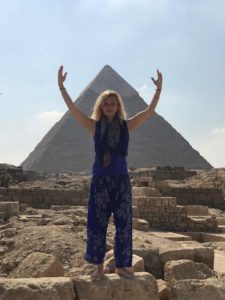 The Fires of Illumination thus systematically being returned to the planet, as the planets vibrational frequencies rise into the 5th dimensional state, and thus being retuned to the 7th.  This will take around 144 years, plus minus, when the Age of Aquarius gains momentum and the New Golden Age rises in its profundity. 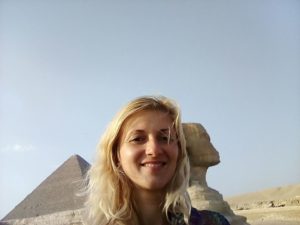 The next three years, leading up to and into 2021, are going to intensify the upward curve, as the planet retuning into the 5th dimensional state, will be revved up – indeed will rise to 7 times the frequency band it is now operating on.  As the energy portals open one by one, more of the Ancient Energy will be released, and this will literally create intense shifts on all fronts, planetary and well as human shifts in consciousness and dimensional frequency bands.

Whereas the upgrading has been intense in the last few years, it was but the Kindergarten act, preparing us for the immense shifts we will now have to ride through in the next three years.  Everything will be amplified seven-fold.  If we thought the upgrading was intense before, we will feel ourselves literally disintegrating at times, as the old life on planet earth falls away and the new life rises.

Our crystalline bodies will be retuned to be able to absorb the higher frequency bands of the Fires of Illumination streaming in, as the Giza portal opens up substantially (it is only opened to a fraction of its capacity now), it will trigger the opening of the rest.  The process is carefully monitored.  If these portals would open too quickly, all life on planet earth would disintegrate and we would not be able to hold form anymore.

Note that planet is already going through intense shifts as the poles are melting at a rapid pace and some life forms are already on the verge of becoming extinct.  Humanity at large is going through intense upgrading, and thus a lot of souls will simply exit the planet, as their soul contracts move into completion, to make way for a wave of new human race to be born.

The landmasses will start to reform and reinvent themselves.  Remember that this is not the first time this has happened.  Since the Elysium, we have had the Lion Kingdom and after the Lion Kingdom (as my book on France states) the next three, before Atlantis rose.

Atlantis was the last to go through intense destruction and through total chaos, recreated the world, as huge landmasses sunk beneath the sea and continents were ripped apart.

The opening of the massive Stargate Portals which link to Sirius, will tune us into the higher Mind, the Higher Heart, and the deepest reconnection to our own souls.  As the Veils of Amnesia are lifted, and our clear seeing will return as the veils are stripped off our third eyes.  This is already happening.” 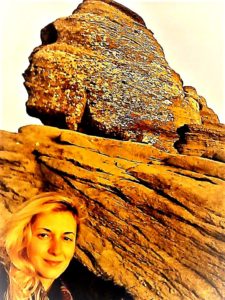 During The Trip of The Sun and the other retreats at planetary vortexes, Cristiana Eltrayan and those who are called to join her, are working intensively with these stargate portals.  The ancientness of these, I cannot even try to describe here and what is uncovered and reactivated is profound.

” This is not the space to go into this, as it is a journey which works with each individual soul.  The journey is not an outward one – it is an inner one.

The Fires of Illumination, now returned, work with the full illumination of those souls who are ready to receive this gift.  When the soul is ready, the gifting will occur.

We are in for intense shifts and immense changes in the next three years.  It is but the beginning of enormous shifts from 2021 onwards.

By the end of this century planet earth will have changed beyond description.

Such is the impetus of change, and rebirth, that is unstoppable yet profound, as we finally have the opportunity now, to step back into our original state, the 7th dimensional state, and profound soul illumination.

For those interested in human evolution,energy work and planetary vortexes, we recommend The Pranic Festival in Romania, The Trip of The Sun and the Prana and Sacred Sound Retreat at Bali Vortexes.

2 Replies to “The Sirius Portal Via Giza”