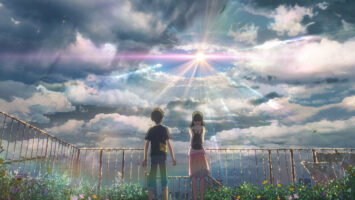 There are more and more people who report that they seem to have an influence upon the weather. In scientific terms,this ability is called atmokinesis.

Atmokinesis can be briefly defined as the psychical influence of meteorological phenomena including the states of the atmosphere as measured in temperature, humidity, clarity, and activity scales.”The word ‘psychokinesis’ comes from the Greek, literally translated as ‘mental’ (‘psycho’) and ‘movement’ (‘kinesis’), and “Atmokinesis” is similarly created from the Greek word ‘atmos’ meaning air, vapour or steam aka atmosphere.

“Psychokinesis, in general, is briefly defined as the direct effect of the mind on the physical world that can’t be explained by the radiation of any known physical energy,” says Kelly. “PK includes any direct mind-over-matter effect or mental effect on a physical system.”

Practitioners of atmokinesis aren’t able to create freak weather conditions out of nowhere though.

“Focused intention and influence on meteorological phenomena (weather events) are largely limited to current or predicted events,” says Kelly. “These influences are usually very small but can have a domino effect on larger storm systems.”

Kelly says that reports of occurrences of weather control and other psychokinetic experiences suggest that instances of use are mainly when there’s a desperate need. So, in the case of atmokinesis, if a person is stranded amid extremely adverse weather conditions, the ability is thought to kick in to fulfill the basic human need for survival and shelter from the elements.“I had this ability when I was younger, and would summon weak thunderstorms or amplify existing ones… it takes courage and a strong mind to do so but it is possible, though I found that when it comes to this, if you want to create a strong effect, you need to pull some pretty big somatics. While small things like a cloud can be done with a thought, you will be dancing around like a maniac to make something big happen.” — Fandom Psi community member

“Those who have these experiences often have some history of a dire need to control the weather in their immediate area, which could stem from anything from homelessness to living in a farming community to living in an underdeveloped country,” says Kelly.

“However, with the big climate changes in recent years, reports of these experiences are growingin general.”

Kelly also says that there are examples of spontaneous atmokinesis taking effect as a result of stress, an unintentional experience that “may result in the worsening of storms”.

So what is the general consensus of opinion among those who believe in psychic powers around the explanation for an ability like atmokinesis? Is there a scientific thesis?

Kelly says that there hasn’t been a huge amount of research into atmokinesis specifically, but that there has been into a phenomenon she calls Clairvoyant Simulation, and “probability shifting”.

There have been a lot of intention experiments focusing on shifting the probable outcomes of many different types of events,” says Kelly. “For example, the Intention Experiment is a series of scientifically controlled, web-based experiments testing the power of intention to change the physical world, and the Gaia Experiment, which involves PK-related experiments to study possible mind-matter interactions with the weather.”But, says Kelly, how these experiences are scientifically possible continues to be a mystery.

There have been many hypotheses, that’s for sure, and Kelly has her own.“My hypothesis is centered around non-local quantum interactions,” she explains. Meaning that there are other, external factors relating to energy that she believes could be implicit in the phenomenon. “However, while some may be able to have these experiences, many may never have them. Through my qualitative research, I have seen a great deal of correlation with personality types and psychic experiences types.”

“It is not a power. It is merely an extension of your awareness, or consciousness … I would suggest meditation, and doing it for a while [if you want to test your ability to perform atmokinesis]. Align yourself, your being with the substance of Atmosphere. Visualise, instead of arms, you move the air. When you have thoughts or generate emotion, you are creating energy that manifests as storms … Also, consider that the very Atmosphere is sentient. It is a force of nature, and it has its own methods and behaviours. You must ‘gain its trust’. Do not hide anything.” — Fandom Psi community member

Gregg Braden, renowned scientist, explains how the power of focus can change weather

She admits that, when it comes to atmokinesis in particular, it’s very difficult to measure in order to rule out coincidence. Plus, most reported instances occur spontaneously. Cases of controlled experiences are more common from someone who uses atmokinesis professionally.

An example of this is shamanic rainmaking which involves whole rituals to focus their intention,” says Kelly. “Rainmaking historically has been reported around the world in Africa, Asia, America, and Australia. And it is still a ritual used in some tribes today. Of course, there are debates as to if these rituals involve simply focusing the intention of the individual shaman or if the rituals invoke some form of entity to influence the weather for them…

“This weather influence can also be seen in large group mediations and even group prayer efforts to calm dangerous weather, ” continues Kelly, “This is where science needs to bridge with spirituality to understand what is truly going on.”

“This may sound weird but this ability has grown within me as I became older. I can control and make my own weather now and it has come more and more naturally. The weather is linked to my emotions. For example, once I was having a really terrible day and the forecast was sunny and 80 degrees but it was rainy and 60 degrees. I am learning to control it now so good luck to anyone else out there.” — Fandom Psi community member

“In 2017 there was a big fire in Chinchero, Peru. Chinchero is a small Village in Sacred Valley between Cusco and Urubamba. Elevation – 3,500 feet. A spot known to Incas as a place of the birth of The Rainbow. A group of us was called in and worked on changing the weather. Rain showed up within 15 min. The Valley was saved 🫶” Beata Worwa, Chicago

Theresa M. Kelly, MsD. Is the founder and professor of clinical and scientific parapsychology at the University of Alternative Studies, a tuition-free online higher education institution. She is also the founder of the Center for Exceptional Human Experiences which offers free psychic and psychokinetic science classes for the general public – adults and teens. She is the author of 6 books in the area of parapsychology, and the author of many parapsychology papers. Her website is http://www.qpsychics.com