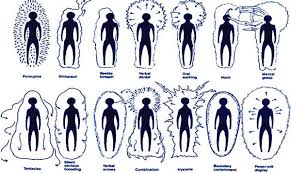 The research team was lead by Dr. Olaf Kruse, and for the first time ever, they were able to prove that the green alga Chlamydomonas reinhardtii can not only engage in photosynthesis, but that is can also draw an alternative form of energy. This energy would come from various other plants located around the Chlamydomonas reinhardtii. The study was then published in the Nature Communications journal online.

In order for us to grow, we need necessary energies such as calories from food, minerals from water, oxygen, and sunlight drawn from our surroundings. Conversely, plants need sunlight, food, and water as well, along with carbon dioxide.

In order to conduct his study, Kruse and his team of researchers planted the tiny green alga species and then observed it during a period when it was unable to receive its typical sources of energy. Due to their shortage, they began pulling energies from single-cell plants located around them. They were able to accomplish this by creating enzymes which digested the cellulose from the other plants in order to grow.

“This is the first time that such a behavior has been confirmed in a vegetable organism’, says Professor Kruse. ‘That algae can digest cellulose contradicts every previous textbook. To a certain extent, what we are seeing is plants eating plants.”

Continuing, he compared the behavior to human beings. “This is exactly why there are certain people who feel uncomfortable in specific group settings where there is a mix of energy and emotions.”

While speaking in regards to how this discovery would affect scientific studies on humans and how they could possibly feed off of one another, Badar-Lee explained,

“When energy studies become more advanced in the coming years, we will eventually see this translated to human beings as well. The human organism is very much like a plant, it draws needed energy to feed emotional states and this can essentially energize cells or cause increases in cortisol and catabolize cells depending on the emotional trigger.”

Furthermore, according to her, she believes that it would be the perfect time to now begin to explore the field of bioenergy.

“Human can absorb and heal through other humans, animals, and any part of nature. That’s why being around nature is often uplifting and energizing for so many people,” she concluded.

So How Do We Walk Away From Such Information? Well, We Must Shield Ourselves From Potential Energy Drains By Doing The Following:

When you feel completely drained, take a walk outside barefoot, or simply sit on the ground. The earth has a way of balancing our energies, which should help when we have become drained from others.

Take a bath in sea salt, or use a sage stick to cleanse yourself when you are feeling negative. While it may sound like nonsense, there are many who have been doing this for ages and continue to tout just how effective it can be.

It goes without saying that certain people, places, and things are loaded with negative energies that bring you down. If at all possible steer clear of such energies. If you can’t, try to unwind by grounding or cleansing afterward.

Science has come a long way over the years, and it appears that as science progresses, scientists are becoming more and more open to the possibilities regarding energy. While many naturalists have been saying these things for years, we now (thankfully) have science on our side. So, stay positive, stay grounded, and stay aware, as always.”

The energy sharing is not always about how to protect and cleanse yourself though, but it’s also about how you could share energy with eachother in a beneficial way. In other words, it’s about how you can be a nourturing presence in the world, instead of being a detractive one.” Source

If you’re about to go out the house, first ask yourself: “What am I bringing out today? Am I a beneficial presence as I go out this door?”.

In this online class held by Cristiana Eltrayan you discover simple but powerful steps for you to become a  beam of light in your community, in a helpful and efortless way.