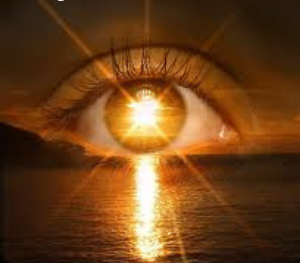 We have a super computer in our bodies given to us by the nature, which is our brain. HRM (Hira Ratan Manek) calls it the “brainutor”. The brain is more powerful than the most advanced super computer. Each and every human being is gifted with innumerable talents, and infinite inherent powers by nature. Individuals should never underestimate themselves. Everyone is gifted. If we make use of these powers we can take ourselves to great levels.

Unfortunately, these infinite inherent powers are programmed in that part of the brain that is largely dormant and goes unused. If we can activate the human brain and awaken these infinite powers inherent in ourselves then we can raise ourselves to higher levels.  We can achieve any results we want.  In order to operate the brain effectively, it needs to be activated.  Being a holistic entity it needs a holistic power supply.  Sun energy is the source that powers the brain, which can enter and leave the human body or the brain only through one organ that is the human eye.  Eyes are the Sun Energy’s entry door to the human brain. They are also known as the windows of the soul.  Recent research has found out that the eye has many functions other than vision.  And more information is continuing to be revealed about the functions of the eye.  The eyes are complex organs and they have 5 billion parts much more than a spacecraft that has about 6-7 million parts.  By this, you can see the immense capacity of the human eye.

HRM asserts that the rainbow is in the eye not in the sky. The seven colors of the sun is only the reflection of what is in the eye.  We can create a rainbow anytime we want – go to the garden, just observe below a source of flowing water as the sun moves above.  There you will see the rainbow.  Eye can receive the entire spectrum of the sunlight.  It’s like having a glass window.  Eye is the perfect instrument to receive all the colors of the rainbow. Since eyes are delicate parts of the body, we have to use them in such a way that they serve our purposes without getting damaged. Present day teachings and ideas such as don’t look at the sunlight at all –you will damage your eyesight; never go out in the sun as you will get cancer, are causing needless hysteria and paranoia. The more you are away from the nature, the more there is a cause for illness and you will automatically support global corporations. There are definite foolproof ways of getting the benefits of the nature without exposing ourselves to its adverse effects.  It is also as intuitive as when the  clouds gather we become gloomy.  When we see the sun, we feel energetic.

The importance of The Sun

The Sun is the biggest planet in our planetary system. It has been worshipped from the earliest of times by many societies living in different parts of the world. Each civilization had a different story about it.

In ancient Egypt, the sun was worshipped as Ra. Mankind and animals were said to have come into being through his tears. The king himself was believed to be the “Son of Ra”. It was also believed that on his death, the king would be re-united with his father, the sun. The pyramids were regarded as a ramp or a means of access to the sky.  Additionally, Ra was believed to travel across the sky in a boat and through the underworld all night. There, in order to rise again the next morning, he had to defeat the evil Apepi. He was represented as rising from the ocean of chaos to greet the world again.

“A long time ago there lived a selfish chief who kept the sun and moon and stars for himself. The world had no light at all. At that time, there lived a raven who wanted to get the light and give it to the world. The raven changed himself into a leaf and was swallowed by the chief’s daughter, who became pregnant and soon had a baby. The baby was none other than the raven. The baby could see many bundles hung about in the chief’s house and started to cry for them. The chief was an indulgent grandfather and gave the child the first bundle. This was a bag of stars and the raven threw them up the chimney. They quickly arranged themselves in the sky.  The child cried again and this time his grandfather gave him a bundle, which contained the moon. Again the child threw it to the sky. Some time later, the child started to cry again. This time the grandfather gave him the sun and the child quickly changed into a raven and flew out of the window. This was how light came to this world.”

Science has proved the need for sunlight for growth, agriculture, health and numerous other aspects of human life. Many of the myths from around the world reflect a belief in the need for sunlight in the greater scheme of things. Indian mythology too understands the role of the sun. It was worshipped as “Surya” in India in ancient times. According to the Indian mythology, Surya was responsible for health and life, a reflection of what was perhaps the scientific belief of the time. Surya is one of the principal vedic deities. He is pictured as riding across the sky on a chariot pulled by seven horses. One wonders the analogy between seven horses and the seven colors of light.There is a practice in getting energy on a temporary basis by the Americas. To get energy for their body, Native Indians take sunbath by standing in the sun for two hours exposing maximum parts of their body and they don’t need to eat food on those days.  They sustain on micro food of the sunlight.  When clouds gather we become gloomy.  We see the sun and get energetic.

The HRM phenomenon is in fact a rediscovery of a scientific ritual, which was used to heal physical, mental, emotional and spiritual diseases in ancient times. Ancient Indians called this practice Surya Namaskar, where ancient Egyptians and Americans called it Heliotherapy and Europeans called it Apollo therapy. In the Americas, the sun was also known as INTA.The scientific technique practiced by Hira Ratan Manek is how he derives his energy from the solar energy of the sun. Mankind is also using solar energy for running solar cookers, solar heaters, and solar cars. Similarly, what HRM does is to convert himself into a solar car by using sunlight. Traditionally, human beings eat secondary sources of energy as the plants and other vegetation depends heavily on the sun for their growth, simply put, the idea here is to learn how to absorb energy from the primary source, that is, the sun itself.

There is a scientific explanation of what may be occurring during the exercise of this method. Since the brain is a powerful recipient and the retina and the pineal gland (third eye) being equipped with photoreceptor cells, a kind of photo analysis could be taking place during the Surya Namaskar, which provides a person with all kinds of energy and vitamins that are required for the proper functioning of his internal organs. Additionally, the rays of the sun with seven colors have a cure for all kinds of diseases such as Alzheimer’s, Parkinson’s, obesity, arthritis, osteoporosis, cancer and others.  If world peace is to be achieved, everyone should have a perfect balance of mind. Thus, this method can also contribute to the world peace.

Living on Sunlight E-Book by Vina Parma
David Trood’s At Any Given Moment Book
Sungazing Videos:

Entertaining Expert Lecture by Dr. Michael Holick on Vitamin D
EarthTools – Find places, latitude/longitude, sunrise/sunset, elevation, local time and time zones
Indian ‘holy’ man perplexes doctors
Advanced retinal implant developed
Dr. Colin A. Ross (http://www.rossinst.com): Research Examines the Power of a Human Stare,
Hypothesis: The Electrophysiological Basis of Evil Eye Belief
Optician cures his own blindness with herbal medicine made with marigolds
The Mayan Prophecy of 2012
Photosynthetic Slugs
The Cloud Mystery
Christopher Holmes: We Come From The Sun, We Return To The Sun Part 1, Part 2
Monster Waves on the Sun are Real
The Shift Of The Ages
2012 Apocalypse or New Sun?
Mayan Misconceptions
How Sunshine and Vitamin D Can Help You Eliminate Mercury
Carotenoids in veggies and fruits improve eyesight and prevent eye disease
The Sun in Motion
Sunlight Truth.com
The Healing Sun (Richard Hobday)
The Hygenic System
David Trood’s At Any Given Moment Book
What If (the movie) with clips of HRM”

For a deeper dive in sungazing and other health strenghtening meditations, Cristiana Eltrayan & team have developed a program called the Pranic Process Online, 8 days of online training and daily meditation to boost your immune system and your overall vibe

One Reply to “The Benefits of Sungazing”