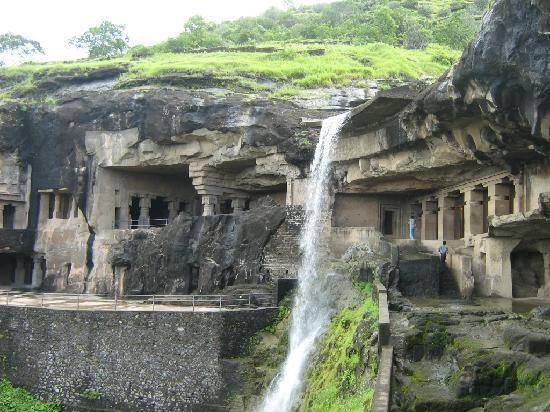 These are places where your chakras and meridians suddenly allign, your mind becomes clearer and your body feels energized as your hunger and fatigue disappear. Visiting them helps you get deeper spiritual insights, more focus in meditation, an activation of your “superpowers”/siddhis (some have experienced clairvoyance, clairaudience, enhanced telepathy and even connections to their galactic family/beings of light). They are the places where the veils between worlds are much thinner and your energy body is receiving so much prana and upgrades. Visiting such a place in an initiatic retrat is the equivalent of years of spiritual practice.

Many times we have been speaking about the sacred sites or energy vortexes of the planet. We have visited them, worked with them and enjoyed amazing energy upgrades by visiting these magical chakras of Gaia, that can enhance one’s energy just by meditating in a specific spot.

One of these amazing places is in India, and people have the opportunity to visit it and learn alongside experienced pranic teachers and sacred sites workers this March. What better place for an energy upgrade than India, the land of sacred journeys and ancient meditations, the country of the holiest people on the planet?

The construction was a feat of a genius – it entailed removal of 250,000 tons of rock and covers an area double the size of Parthenon in Athens. Originally flying bridges of stone connected these galleries to central temple, which have collapsed. A megalith carved out of one single

rock, it is considered one of the most remarkable cave temples in India because of its size, architecture and sculptural treatment.The  rock is modeled and made mold in shapes and figurines of a great knowledge and art. The place is imbued with the energy of all the ones having prayed in it and a beautiful Shiva Linga is hidden to be adorned in a sacred secret place of the temple.

The field at the caves is powerful and pure and they are decorated in the most exquisite ways with statues, paintings and ancient symbols that make it even more high vibrational. Ajanta Caves are world’s greatest historical monument recognized by UNESCO. Nesting just 100 km from the city of Aurangabad in the shape of a mammoth horseshoe, are the 30 rock-hewn caves of Ajanta have been  discovered in 1819, by a group of British officers.

We’re going there in March 9-11 to join The Trip of The Sun 3, right after the Pranic Festival in India, alongside meditators and spiritual seekers/nature lovers from all over the world. We visit the temple and the surrounding caves, we meditate, we connect to the ancient civilizations and also the light being that have helped built and maintain the temple.

And…we thought to tell you about it 🙂