~Babaji State Silence in silence~ In the absence of words

During this retreat, Victor Truviano transmits the initiation of Babaji State*, in silent meditation. 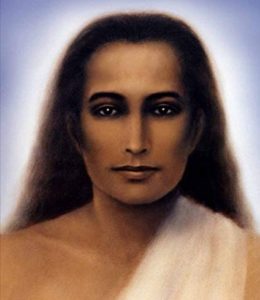 Babaji is an immortal master of the Himalayas, an universal presence initiating those who are ready on the path of krya yoga and on the Consciousness of unity.
He is said to have preserved his body in the shape of a 25 year young man, for more than 9000 years.

During the Babaji State Silence Retreat in Romania, Victor Truviano holds this state in silence for the group to tune into the presence of Babaji, up to the point where he is not perceived as an external presence, but as an internal state.

Several times per day, Victor will enter his silence and meditation with the group, emanating this state; it will not be a teaching, it will be sharing from the silence understood by a group that is beyond the understanding.

*PRESENTATION OF THE BABAJI STATE ACCORDING TO VICTOR

The Babaji State is an encounter of yogis for yogis*****. In order to remember ourselves in the first meditator that from the mind projects in us the yoga for the body. Yoga begins and ends in the existing thought, all the flexibility that exists in it exists also in the body, all the goodness that exists in the mind exists in the body, all calmness, attention and love that lies here generates consequences for the body and its movements, as do all the opposites too.

We are flowers in the hands of the cosmos that will never wither.

We live between simultaneous worlds, each one of them sensational to our perceptions, unaffected yet consequent within the most intimate of the purest interaction that doesn´t separate us from anything.

We are not here, we are not what we do nor what they say about us. We are more than a happy heritage full of information, which is maybe never tested by us. We are not what is said of us. What the books tell us, what medical or physical or chemical science transmits, but we are also that. If we are anything at all, that in reality is not from here. The sublime light is still too primitive, too dim, insufficiently enlightening. All light casts a shadow, “the shadow of light”. Every shadow immolates itself in it. The highest clarity resides serene and confident before the origin of all the lights and shadows, long before what is a before or an origin, a beginning or a possible genesis. The primordial blackness escapes beyond any hint of conception, judgment, desire or expression.

“The ones who can read and touch this writing instantly, the presence of Babaji they will feel. It is like this, and it is in your hands and in the way you read, envisioning from your sincerity, honesty, integrity, recreating yourself in it.

Babaji from his divine state accompanies the incarnated people on the level of the soul, and not only between their incarnations. He directs the spiritual development of sincere people that have at some point asked him for soul guidance. I am glad that he remembers my visit and I love the opportunity to be his host, my body is his body.”Victor Truviano

We are flowers in the hands of the Cosmos that will never wither.”

*****You can participate to the retreat even if you have not practiced Yoga in this lifetime.However, basic meditation and silence practice notions are required.

Watch a statsang with Victor here: 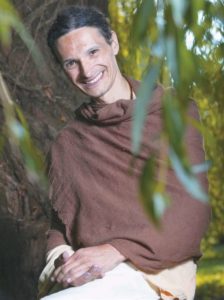 For more than 10 years, he is said to be living without eating and drinking. In other words, he doesn’t need to ingest something in order to live. That is only one of the freedoms that Victor has thanks to his state of consciousness, which every person has the potential to experience.

Victor Truviano was born in Argentina. He has lived nearby Buenos Aires since childhood. He was a very renowned violinist who at the age of 28, after a long period of fasting, begin to live without ingest anything, thanks to some very deep experiences that allowed him to enter in an always present state of meditation.
He travels around the world teaching a deep process of self-observation that helps to absorb energies from more subtle sources. He lives in a state of consciousness that let him to be totally nourished by pranic energy (so-called Ki , Chi or Bigu).
Victor is a vital, strong, intense, flexible and active person. He lives in a constant state of happiness being a source of inspiration to everyone who come in contact with him.
He sleeps from 2 to 4 hours a day and sometimes he does not sleep for days as, through this source of nourishment, he has always very high levels of energy.
This type of alimentation gives to his bio-system a constant nourishment of subtle energies that allowed his body to totally regenerate his teeth, hairs and eyes healing a very advanced myopia and other illnesses.

In Victor’s opinion when you enter in a superior consciousness level these sort of things happen naturally. With his permanent state of happiness, he travels around the globe, spreading the message of love and bliss, giving satsang and retreats in Babaji State. He says he is not a guru or Herald and he doesn’t push anyone to his way of life. Victor is also a speaker to the Pranic Festival in Romania.

The retreat is held in Busteni, Romania, a beautiful mountain area with lots of sacred sites (including the Romanian Sphynx), castles and historical places to visit, out in nature, very pristine place, 1.30 h away from Bucharest Otopeni airport and 2 h away from Bucharest, the capital of the country.

The cozy, pitoresque retreat villa is fully booked for our event, in a quiet mountain village, with peaceful surroundings and beautiful forests nearby. Private kitchen with access to juicers is available for those who want to bring their own fruits/juice makers.

The accommodation is in double shared rooms.

Single rooms are available for those who book early bird (by end September).

To book your place for the retreat click here