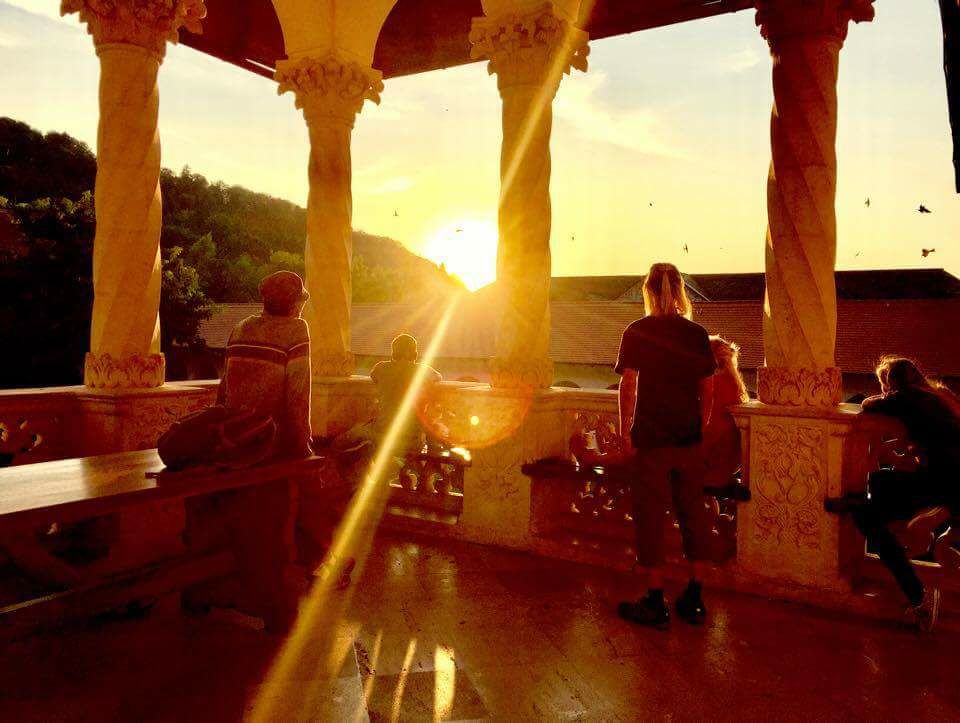 As I participate to all the pranic festivals that are created, I am in awe to see how wonderful these are manifesting in the subtle planes.

In case you might not know that, a pranic festival is an event where people who have had pranic experiences (not  needing physical food as nourishment ) and also those who are interested in this reality gather together and share knowledge. So far, there have been festivals in California, Italy, Belgium, Romania and there are still to come in Spain, England, Hawaii and probably Japan (as far as I see).

Usually, a festival is held upon an important energy vortex. It is the vortex that calls the event and this is how it’s manifested. Therefore, as we gather together, we are held and supported by the energy of the place. But what I’ve noticed is that not only the place supports the people: as the people gather and maintain their focus and attention on pranic consciousness and pranic living, new grids of energy are built that are also supporting the place and the planet.

So when I was first in Italy I saw this big energy tapestry building upon the setting of the festival and with each day it was enhanced and nurtured by our intention and attention. Towards the last day, it was connecting into the planetary grid and setting a new frequency around and through the planet. Then, next year as I came back, I saw it grow bigger, as  the festival lasted longer and there were more people participating. As it grew bigger, its resonance into  the planetary grid grew stronger and it was really a blessing to see how it was then connecting into the main planetary chakras, nourishing new energies into them and being nourished by them as well. I then saw the same pattern in the pranic festival in Belgium, a few days later, and then we organized one in Romania.

The Pranic Festival in Romania was one of the strongest, as it connected into a very important energy point of resonance that is already connected to the main vortexes of the planet. The people here were focused, diligently following all workshops, long time mediators and energy practitioners whose souls were ready for the next level. As I connected into the portal while holding a conference, my whole body went into bliss as I could see “fireworks” patterns all over the planet as it activated the connection with all the other festival points and main planetary vortexes. My eyes were filled with wonder as I witnessed so much beauty, like an energy symphony that was created all over the world. The moment was magical and blissful for many of us!

Each year the energy of these vortexes gets stronger as it connects to all the other ones and is enhanced by people’s focus.  These energy doors allow closer contact to the light beings and intergalactic friends and also help more people to evolve quicker as they open to this and connect into the planetary grid. Their frequency is so strong and perfect and it resonates in such harmony that it eventually repatterns and recalibrates the frequencies of all the ones participating and builds a field of upliftment and positivity around the world.

The result is not only an increase in nourishment awareness – people massively going from omnivorous food to vegetarianism, veganism, raw or prana – but also a leap in planetary consciousness and that is the foundation of new, sustained evolution.

As we now prepare the next Pranic Festival in Romania, more people will learn how to work with these pranic energy grids to fuel information into them and be fueled back by their planetary connection.”

Fragment of the Pranic World Book by Cristiana Eltrayan

For more info on how to join the Pranic Festival  in Romania and other pranic events, visit :   https://soulhealingacademy.com/events.