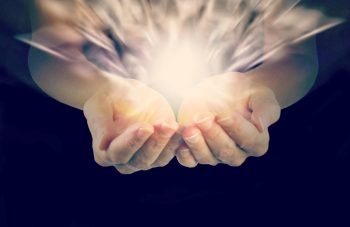 Prana (also known as Prana Vayu), or life force, is the Sanskrit word for the energy that permeates everything in the universe. Prana is an extremely important concept to understand, as it has an inescapable link to the process of enlightenment for Hindus, Buddhists, and Tantric traditions.

Can refer to energy, life, or breath. In other traditions it is called chi or qui, and some call it Life Force.

Prana is the universal sea of energy that infuses and vitalizes all matter. This sea of energy coalesces into sub-atomic particles and atoms, which become the basic building blocks of all matter manifesting the physical world. So, every atom, molecule, and cell is an extension of prana, just as waves are extensions of the sea that lies beneath them.

Prana is also the power that flows in all living forms and performs vital functions. Paramhansa Yogananda called this aspect of prana “life-force.” He further explained that life-force possesses an inherent intelligence enabling it to carry out the life-sustaining processes.

To give clarity to this image, he even coined the term “lifetrons.” We have a subtle or astral body made up of prana that underlies the physical body. Oriental healing techniques, such as Ayurveda and acupuncture, work to harmonize and strengthen the flow of life-force, calling it variously prana, chi, or ki. When the life-force flows properly, the result will be a natural state of health and vitality.

Prana is also used to refer to the breath. When we take a physical breath, there is a corresponding movement of prana in the subtle or astral spine. Prana flows up in the subtle spine in conjunction with the inhalation, and down with the exhalation.

This link between breath and the flow of prana is central to many of the techniques of meditation. By controlling the breath, which is easily felt, we can influence the flow of prana, which is much more subtle and difficult to feel. (1)

Pranayama (prana = energy + yama = control) is a type of meditation technique that involves various ways of controlling the breathing , with the goal being to raise one’s prana (also called Kundalini in this case) up the deep spine to the spiritual eye or sixth chakra, which brings one to enlightenment. Kriya Yoga is one such technique, made well known by Paramhamsa Yogananda in Autobiography of a Yogi.

On either side of the spine there is an energetic nerve channel, or nadi : ida on the left and pingala on the right.

The prana or energy travels upward through the ida nadi. With this upward movement, the breath is automatically drawn into the lungs. As a result, the mind is drawn outward to the world of the senses.

The energy then travels downwards through the pingala nadi. When the energy is going down, it is called apana rather than prana. This downward movement is accompanied by physical exhalation, and signifies a rejection of external circumstances.

However, through pranayama techniques a person can instead redirect the energy through the deep spine in between the ida and pingala, called the sushumna. When the level of energy in the sushumna reaches the top of the spine and goes into the spiritual eye, or sixth chakra, one becomes enlightened

Prana and the Nadis

In Hinduism, there are channels or “tubes” of Pranic energy in the body called Nadis. There are literally around 72,000 Nadis, but the three main Nadis are the Ida, Pingala, and Sushumna.

Many people do not realise that, despite many great discoveries and huge advancement in recent years, science is still very limited and unable to explain many phenomena in almost every field it researches, and the more new things scientists are discovering, the more they realise how little they really know. Not to mention that, like anything else in this world, the science itself has often been manipulated and abused to act in the interest of various powerful groups and individuals. You can say with great certainty that not only now, but throughout the long history of human development, scientists were always being employed by the ‘non-scientists’. And in the dark ages even being tortured and killed for their, now widely accepted, views. When it comes to the research of chi energy / prana, science is still in the dark ages.

Science has never stopped evolving. The so called Half Life of Scientific Knowledge in medicine, at present, is only about 6 years. In other words, half of what we have been taught in medicine, within that tiny period of only 6 years, is found to be wrong. It used to be much longer but, as the time passes by, it is getting shorter and shorter. When it comes to the research of prana / chi energy, it is still in its infancy and there is a lot to be discovered, learned and unlearned before it evolves to the level of say explaining why Chinese medicine works or where do amazing powers of Qigong masters come from?

For example, many masters of Qigong can not only see chi energy / prana, popularly known as auras, its different colours and layers, but have also developed X-ray vision (ie are able to see the inner organs, bone structure, presence of tumours or lumps, can detect pregnancies etc), microscopic vision (as the name suggests, the ability to see objects of microscopic size by magnifying them somehow without the use of the microscope or similar devices), telescopic vision (seeing objects at a distance far away from them) and can manipulate their own prana / chi energy in many different ways – say making their aura shrink, or expand to enormous proportions, change its shape, colour,… Plus, they can see acupuncture points and the pathways of acupuncture meridians on the human body, how they are connected with each other and with the inner organs, where the blockage of prana / chi energy is present and so on.

They can voluntarily increase their body temperature (or the temperature of any part of their body) to the point of producing smoke and causing burns; hold red hot metal objects with their bare hands or even touch it with their tongues without being burned; literally play with live wires (eg holding a live wire in one hand and a light globe in the other making it produce strong light; voluntarily increase or decrease the voltage of the wire they’re holding from say 240V up to 400V and then down to zero; make anybody in their presence do the same not causing any harm to anybody, but then again being able to electrocute anybody if they wish to, which by the way, unless in great danger of that person themselves, they would never do) and many other miraculous phenomena. For more on that just check any medium level Qigong masters’ abilities or witness Shaolin monks’ demonstrations. Or simply click here.

Many studies in China demonstrated that even ordinary people, who were never involved in any prana / chi energy practices in their life, were able to increase the temperature of the palms of their hands by up to one or more degrees centigrade by simply focusing their mind onto their palms for several minutes. However, they would have difficulties to do the same when trying to similarly focus on other parts of their body (which requires lot more training and perseverance), such as say on their ear or shoulder. On the other hand, Qigong masters who happened to take part in such experiments, could not only do the same with other parts of their body, they demonstrated that they were able to even project their prana / chi energy from those parts to any desired direction(s).

* Prana / chi energy is actually a completely different kind of matter to all the ones that we know of so it would probably be more appropriate to say that all the research, so far, is showing that the mixture of the above mentioned fields and rays only signifies the presence of chi energy / prana but what it really is, is still a mystery. 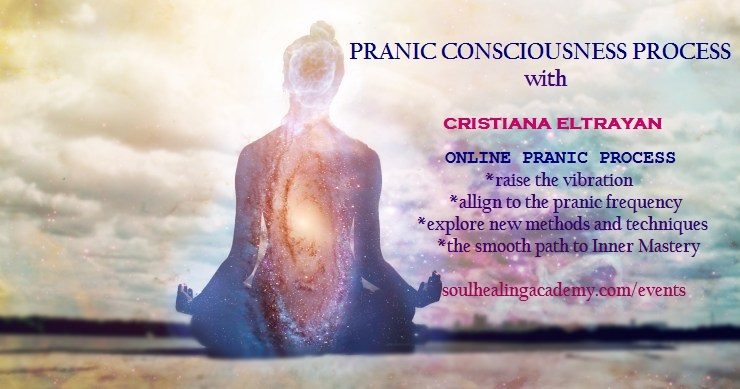