At the end of the 19th century, Wilbur Atwater and Francis Benedict allegedly found evidence that the human metabolism essentially is the same as combustion in inorganic nature. Nearly hundred years later, their studies were replicated in the 1970s and 1980s with better instruments and measuring methods and suddenly the almighty Calorie Theory became flawed and even disproved.

But this scientific knowledge still did not reach the mainstream…

From 1972 on, Dr. Paul Webb, a specialist in calorimetry and metabolic research, conducted with his research team a series of scientifc studies trying to replicate the experiments of Atwater and Benedict with improved calorimeters.

Dr. Webb worked especially in the field of aerospace medicine and in the 1960s developed for the NASA a new suit calorimeter that allowed measurements on a whole new level, and that questioned the universal validity of Calorie Theory in the human body on a fundamental basis.

The revolutionary results, which were published in 1980 in the renowned, peer-reviewed American Journal of Clinical Nutrition, pointed to a crucial discrepancy between the theoretical amount of energy produced by metabolism (the results of indirect calorimetry measuring the consumption of oxygen and production of carbon dioxide) and the actual measurable (by direct calorimetry) amount of energy produced by the body. This discrepancy was up to 23 percent, the so called “unmeasured energy”, meaning thatin some cases for nearly a quarter of the energy produced in the test persons, the scientists had no explanation at all.

In some studies, for nearly a quarter of the energy produced in the test persons, the scientists had no explanation at all. soulhealingacademy.com

Tweet tweet
And the study states: “The greater the food deficit, the larger was the unmeasured energy”.
​​Rings a bell?

During the Pranic COnsciousness Summit we interviewed more than 20 specialists in pranic nourishment (the state of being nourished by chi) and pranic science (the science of using and harnessing free energy), to be able to comprehend this possibility and how it works. Each one has his own method, but they all agree that a balanced lifestyle and meditation are a part of the process. The interviews can be accessed here. 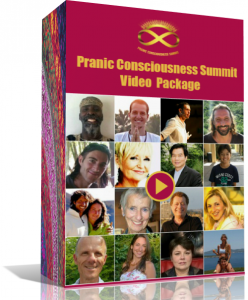 Dr. Paul Webb, a specialist in metabolic research, developed for the NASA a revolutionary suit calorimeter that allowed measurements of the human energy balance on a new level – with groundbreaking results.

After years of research Dr. Paul Webb and his team published the groundbreaking results of their studies on the human energy balance in the renowned American Journal of Clinical Nutrition. Dr. Webb´s work not only exposes the flaws of the Calorie Theory, but implicates that the human body receives energy from an unknown source – “unmeasured energy” – energy from nothing…
​
And: “The greater the food deficit, the larger was the unmeasured energy”.

The results were so groundbreaking, that Dr. Webb started to look at other studies concerning the same subject.

Beginning with the work of Atwater and Benedict, in all, he found fifty-two studies comparing direct and indirect calorimetry which were applicable to his inquiry. What he found confirmed the results of his own laboratory work. He wrote: “The more careful the study, the more clearly there is evidence of energy not accounted for.”

Faced with this evidence of “energy not accounted for,” the author felt that it was necessary to introduce a new term into the calculation of energy balance. He used the term Qx – Energy coming from an unknown source, or “Energy out of nothing”.

​Although the findings of Dr. Webb will probably need a few more decades to change the Western scientific understanding of the human body and the vital energy – the Eastern medical traditions are well aware of this mysterious Qx energy – they just have different names for it.

In China they call it Qi, in India Prana, Wilhelm Reich called it Orgon and – who knows – perhaps even the mysterious, undetectable Dark Energy, that permeates the whole universe, has something to do with it.

What the study calls “energy not accounted for”, Qx or “unmeasurable energy”, could be connected to the energy that is called Qi by the Chinese or Prana in the Indian Tradition.

Need more info on how to tune in to the pranic field and learn to nourish and heal your body? We recommend the Pranic Consciousness Process