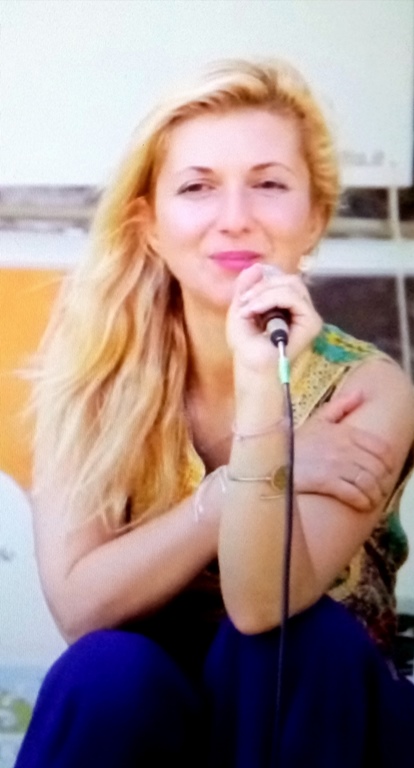 As I have wrote the previous article on this topic, there’s no same journey for 2 people and each one has his individual, distinct path. That is to say, this writing is not made for you to take it as a model but to see one of the possibilities that are available on a pranic path.

Along the years I have learned that the most important thing is personal balance and evolution and that there’s no other priority to that (at least, for me).

During my youth years I would meditate as a child and adolescent and also as an adolescent I naturally felt to become vegetarian (at 17). I have maintained those tendencies until I got my first job, in parallel with my full time university studies. That set me on a path of seeking carier success at all costs and my life journey became very imbalanced, with many work hours per day and a lot of stress.

Eventually, I started falling off my feet at about 27 (literally) and the doctors had no answer for that.

As I wanted to have an answer, I finally joined a meditation group and started following several holistic healing classes that eventually turned out to be very beneficial for me. I have studied ThetaHealing, Tibetan techniques, Chinese Taoist Healing, Yoga and even Feng Shui etc. and, as I would practice all these I eventually started to get back into balance, quit my job and started my own events company to be able to take more time for my inner practice. Since then (about 2010), I started to take my inner work very seriously, with the determination of a researcher. Many people research the outside world, but I believe that by researching inwardly all the answers about the “outside” sciences naturally come to you, because “As within, so without” (that doesn’t only refer to the mirror effect, but to the actual similarity between the inner field and everything else that is created in the universe, even similarities at the level of physical body and how energy works…).

Therefore, I started practicing several hours per day, to the point where that was mostly all my activity, with short breaks of 1-2 h to go sign a contract and ensure my income for the next weeks of practice. I was very efficient at that because my next projects would literally come to my mind in meditation, so I wouldn’t waste much time with making phone calls to pitch events, etc: I would directly call the one that was going to be the next 🙂 (yes! that IS possible 🙂 )

My practice would start with 30-90 min of meditation in the morning(that would differ according to how deep I needed to go, no rules or programmed stuff). At the beginning I would do chakra work (energizing and clearing each chakra, crown to base, for at leat 3 minutes each= min 21 min in total), but eventually that would develop into more elaborate or advanced practice as I would get Egyptian methods or Kryia Yoga methods or palm healing in my mediation and I would try them out to see what they do (as I said I am a researcher). They all showed good results so along the way I would mingle them according to what I was feeling guided to do in a specific day. i know it is said that one should follow only one path, but in my case I was being guided on trying several paths and noticing that they all eventually lead to the same outcome(if practiced diligently).

After morning meditation I would do some yoga or Chi Kung or dancing, to set a deeper contact with my body(as some meditations would be really cosmic or imply a lot of sun gazing) . The yoga is helping me stretch my body, channel energy into specific nerve groups and chakras, as well as energize my whole system and get guidance about my next steps. The Chi Kung helps with alleviating back pains( I sometimes have them from flying and driving a lot) and also creating a very gentle flow and compassionate vibe in my energy system – as I tended to get too fiery at some point (I prefer a mild version called Quan Yin Standing Chi Kung – you can find it on my youtube). I also practice meditative dance, which implies moving your body in the rhythm that it wants to move, according to how the music moves it, without thinking or “trying” anything.This has helped me a lot with the “letting go letting flow” feeling, as it is a practice of total surrender to the sound/music and it teaches you to do that in day to day life as well. This could last for about 15-30 min , depending on how much I feel to move, with yoga it could go a little longer, as I could do several asanas for one chakra if I feel so. The way I do yoga is I practice at least one asana for each chakra, crown to base, and it is totally intuitive, as the next asana is coming to me while I am practicing the current one.So it is totally a flow and sometimes I would get asanas that I’ve never seen and I then look them up in yoga books/internet to learn more about them.

After this I coud watch /read something for my own research, wither new Taoist/healing methods (I totally prefer Mantak Chia’s work) or some new scientific discoveries in the holisticworld (Nassim Haramein, Bruce Lipton, Gregg Braden, Joe Dispenza, Lynn McTaggart and Mary Rodwell are some of my favorite).

I then might call the people involved in my projects, or have therapy sessions, which is called “working”, even though Soul Healing Therapy helps me a lot as I maintain the theta state for 2-3 h during a session and get a lot of benefit while working for another person.(see details about the therapy I practice, here: ).

I now hold 5-6 projects in parallel and that requires a lot of focus, even though it seems like play. (see my bio)

One of my most beneficial practices has been going at sacred sites, as it shows me so much about this planet and how it is built, and how we so closely commune with her pulse of energy and her ley lines through our own nadis(energy channels). It has also showed me the power of intra-dimensional communication, as most energy places are also portals or cosmo-ports where beings of light are meeting and helping humanity. Sacred sites work accelerates personal and global evolution as well as communication and communion with less visible realms of existance that are helping the planet. We have created several specifically crafted retreats that touch upon the sacred sites of Romania and India, called The Trip of The Sun (1, 2 and 3) to help people learn and tune into this type of practice(see my website ).
So, after finishing at my office I usually go out in some sacred place , and it is a mutual beneficial energy exchange as the place clears me and I enhance it as well, by meditating there and clearing the blocked energy if necessary. I work a lot with sacred sites all over the world and I am specialized in downloading the energy for enhancing the vortexes there, without doing much, just holding presence.

I am sometimes called to go to a city center or a mall and be with people for a few hours, either lightly talking to them in various shops , or just walking on the streets while I chant mantras inwardly. I can feel their energy shifting as we meet, they start smiling and something in their heart usually opens. So me(very few) can be really grumpy and mean with no obvious reason, but it is usually a short moment before they shift or I/them naturally walk away. I have recently been given new tools for DNA upgrade (after 11/11) and that can be shifted just through the eyes and/or energy presence, without even talking or thinking about it, I just acknowledge when it is happening as I feel something coming )out of my eyes, field, as emanation. I am not saying this to bribe, as it is not something I am “doing” , it is rather something that is happening naturally, with many of us, especially with then new children. They are naturally wired to do so. That usually helps people with stepping back on their soul’s path and staying true to their spirit/mission, as most of us get distracted or cluttered along the way. I has other benefits as well, but as no research has been done on this I am not quick to have an opinion…

In the evening I usually play some fine-tuning music (like the 9 Solfeggios or such) to prepare my body for the night. I usually sleep from 10/11 pm to 2-4 am, then I wake up and do some work/meditation, like in daytime, then I may sleep again from 6 to 7/8 before I start a new day.

This has been my life for the past 6-7 year (after 2013 I have stopped the activity with my events company and mostly focused on one on one therapy, conferences, the books I write and the projects (Pranic Festivals, retreats, the Pranic Consciousness Summit etc.). That was the result of a 10 days darkroom – with no food, no light (hence the “darkroom” name) and constant meditation – and I repeated that for 17 days this year, which has resulted in new shifts. I have written a book about it, called Darkroom Retreat, A Lightful Mystical Experience).

This all has resulted in an opening to the Universal floe, set me in constant contact with light beings and ascended masters that have guided me on my path (hence the class I hold, Pranic Consciousness Process, guided by 8 ascended masters) and eventually took me to the conclusion that the one and true master in one’s Self, which reflects and downloads various streams of energies, identified as “others” (light beings,angellics etc), that are eventually aspects or rays of the same energy that one IS.